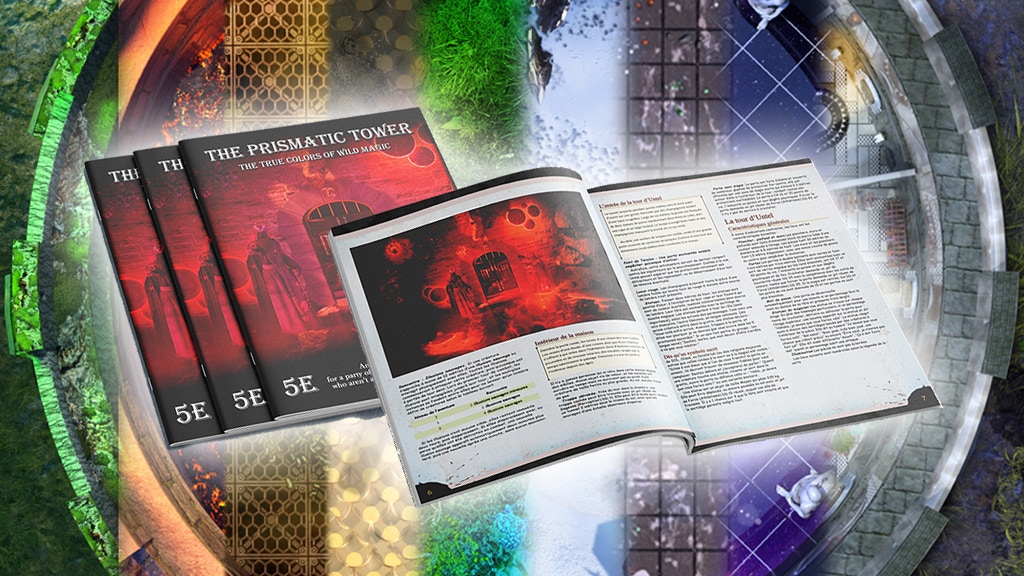 The Prismatic Tower An adventure for level 3, 5, or 9
characters in a wizard's tower affected by a new kind of wild magic.
All available in French and English.

The Prismatic Tower is an adventure with over 15 hours of gameplay, focusing on puzzles and combat to challenge your characters. This was all tied in rooms inspired by a classic spell.
The adventure includes 10 high-quality maps made by Map Alchemists, including the 8 floors of the tower.
Everything to inspire your players! 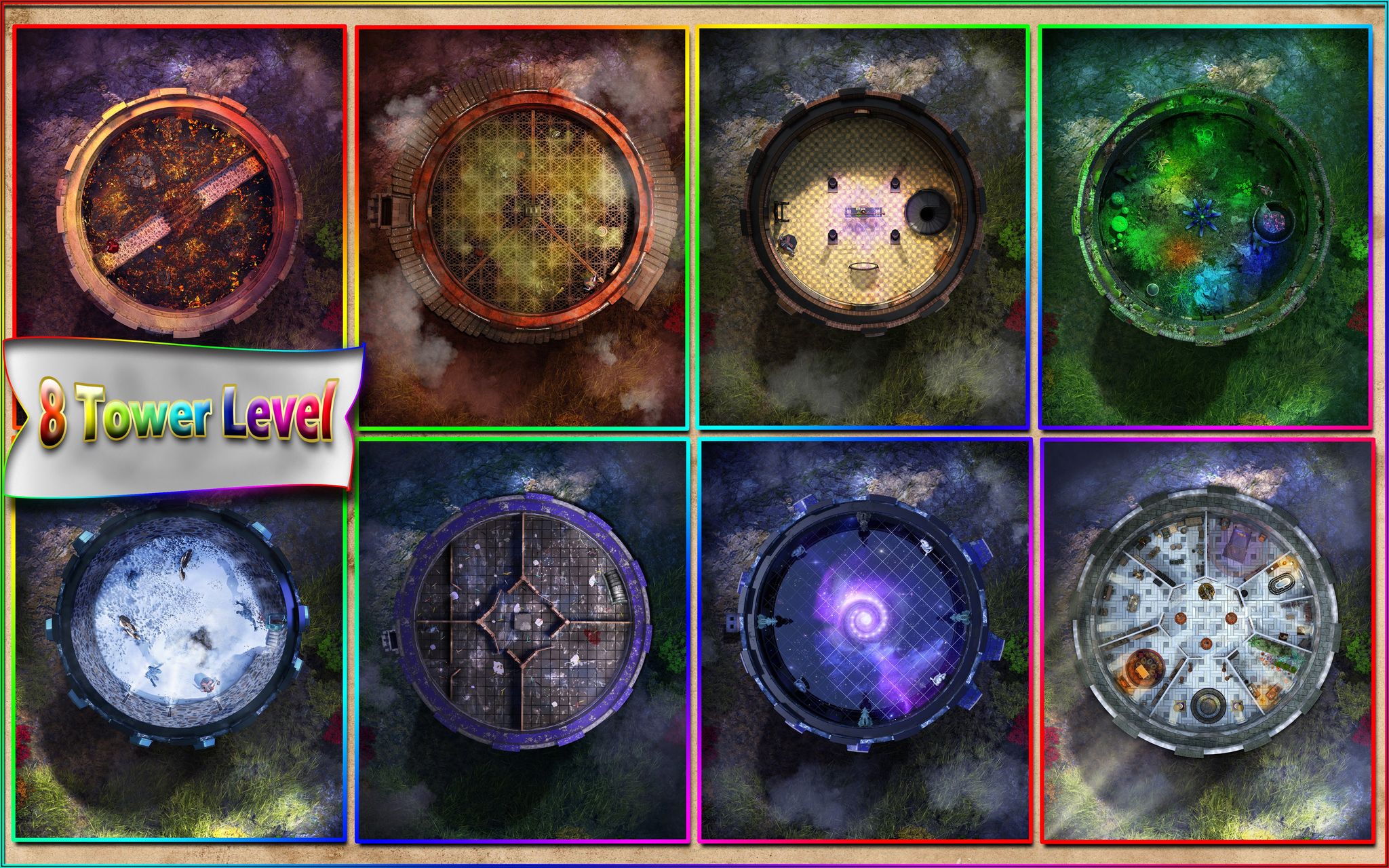 In a world where magic has been weakened by a divine war, where the Goddess of the Moon and Magic hides herself to regenerate in ageless cycle, wild magic is a threat, or a tool, to bold spellcasters.
In this project, a new evolutionary mechanic is proposed, with surprising, relevant and appropriate results according to the level of power used by the caster.
No need to be afraid of burning your group on the first level anymore… but don’t think you’re invincible! 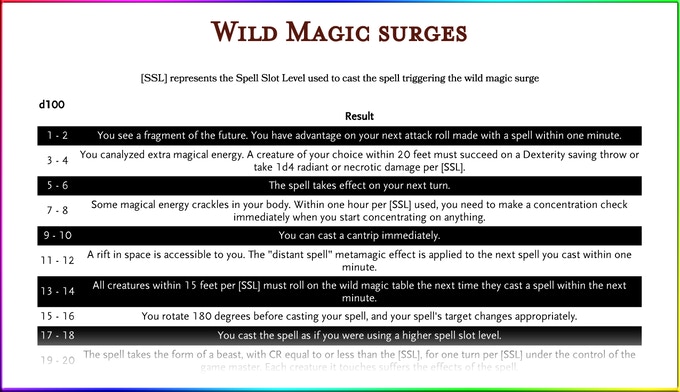 Click to get the pdf preview
The size of the random table and its contents will depend on the supporters, because everyone can submit a wild surge result!

Are you interested? Sign up below to receive project updates and ensure you’re ready for the launch.
There will be physical rewards, limited in numbers, so be there !

Go the the pre-launch page, save it and wait for the launch !
Pre-Launch page